Get fresh music recommendations delivered to your inbox every Friday.
We've updated our Terms of Use. You can review the changes here.

MOUSE KING - The untold story of the Nutcracker 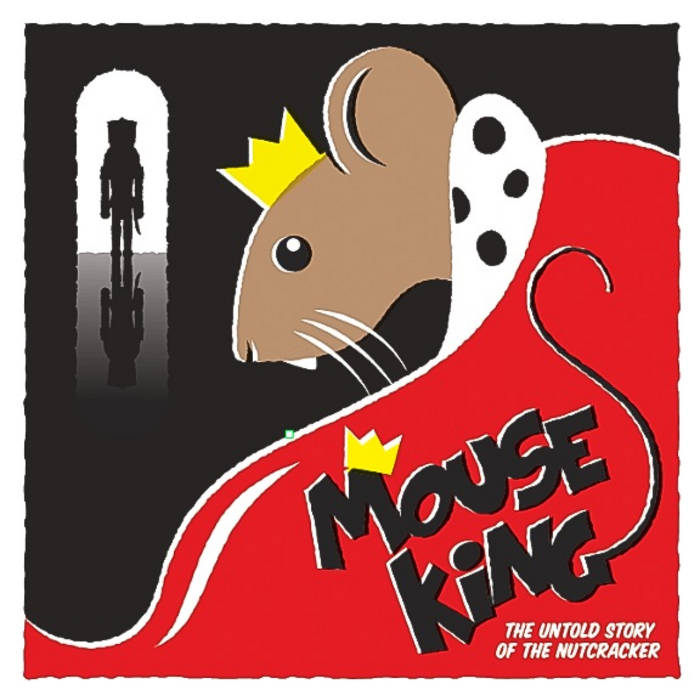 It’s wintertime. But for Marie, Christmas is just another chore on an endless list of things to do, including selling the old house her “Aunt Marie” had left her (THE KEY TO CHRISTMAS). Marie finds an old book and reads of an enchanted land inhabited by mice and made of sweets (THE KINGDOM OF SWEETS). In the story, the mice who live in the Kingdom of Sweets are celebrating the birth of Mouserick, their new prince and future “Mouse King” (CELEBRATION). Everyone is thrilled until the arrival of a human, Kracatuck, who had heard of the Kingdom of Sweets from his uncle, the famous inventor of mouse-traps, Drosselmier! Kracatuck’s plan is to get rid of all the “vermin” and become the new king (I WANT TREATS). When he unleashes a mechanical toy cat on the royal family, the court magician Astrolog, uses a curse to transform Kracatuck into a toy --- A Nutcracker! Astrolog escapes with the baby and leaves the ruined kingdom. After a long journey he sees a hole in the side of a house and ducks inside where he meets Mother Ginger, a mouse with a family of mice who warmly welcome their new guests (RULES OF THE HOUSE). Time passes and as Mouserick grows, so does his curiosity about the outside world, yet “Uncle Astrolog” never lets him leave the mouse hole (ONCE UPON A TIME). Mouserick can’t help himself; he just has to find out what is outside (BEYOND THE WALLS). Mouserick sneaks out of the mouse hole and sees Marie playing with her dolls. She doesn’t look like the “monsters” called “humans” he’s always been warned of (HOW COULD SHE BE BAD). Before you know it, the best time of year has arrived for Mother Ginger and her children --- “Chrismouse!” (CHRISMOUSE). The mice celebrate under the floorboards of the house as the humans celebrate Christmas up above. Mouserick sneaks away and finds Marie holding an odd looking doll that her godfather, Drosselmier, has just given her --- it’s the Nutcracker! (HOW ODD). After the party is over and all are asleep, Mouserick returns to get a closer look at the Nutcracker when Astrolog catches him. Recognizing Astrolog’s voice, the Nutcracker begins to attack them just as Marie enters the room. Astrolog tries to cast another spell on the Nutcracker but the spell misses and hits Marie who begins to shrink! Now the size of a mouse, Marie is immersed in a battle between the Nutcracker with his toy army and the mice (THE BATTLE). While attempting to hit the Nutcracker with her shoe, Marie strikes Mouserick instead, giving the Nutcracker his chance to stab Mouserick with his sword. As Mouserick lies lifeless Drosselmier appears and is furious --- with Kracatuk the Nutcracker! He hoped this would be a chance for Kracatuck’s curse to be broken (DROSSELMEYER’S LAMENT). The mice mourn over their fallen friend when they suddenly hear Mouserick’s voice; he’s fine, it was just a toy sword! As the true heir to the Kingdom of Sweets, King Mouserick invites Marie to the kingdom and gives her a special key that she can use to visit the land (THE KEY TO THE KINGDOM). Modern day Marie finishes reading the book and realizes that the girl in the story was her own “Aunt Marie”. Touched, she begins to feel better about the season and her life (THE KEY TO THE KINGDOM).

Mouse King - The untold story of the Nutcracker Miami, Florida

Contact Mouse King - The untold story of the Nutcracker

Bandcamp Daily  your guide to the world of Bandcamp

sndtrak stops by with an Album of the Day Feature of his most recent release, FLIPS V1: Triple Lindy